Novel Definition and Algorithm for Chaining Fragments with Proportional Overlaps

Abstract Chaining fragments is a crucial step in genome alignment. Existing chaining algorithms compute a maximum weighted chain with no overlaps allowed between adjacent fragments. In practice, using local alignments as fragments, instead of Maximal Exact Matches (MEMs), generates frequent overlaps between fragments, due to combinatorial reasons and biological factors, i.e., variable tandem repeat structures that differ in number of copies between genomic sequences. In this article, in order to raise this limitation, we formulate a novel definition of a chain, allowing overlaps proportional to the fragments lengths, and exhibit an efficient algorithm for computing such a maximum weighted chain. We tested our algorithm on a dataset composed of 694 genome pairs and accounted for significant improvements in terms of coverage, while keeping the running times below reasonable limits. Moreover, experiments with different ratios of allowed overlaps showed the robustness of the chains with respect to these ratios. Our algorithm is implemented in a tool called OverlapChainer (OC), which is available upon request to the authors. 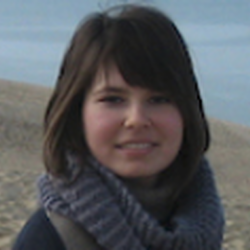