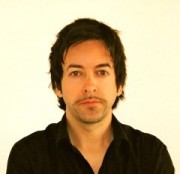 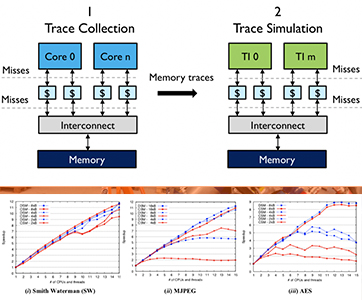 The ADAC (ADAptive Computing) team, whose mission is the design of adaptive systems and components capable of self-managing to optimize performance, conducts research on the exploration, simulation, and definition of innovative embedded hardware and software architectures, with a focus on the systems’ on-line adaptation to their environment. These strategies aim to optimize system performance in terms of energy efficiency, compliance with application constraints, safety or reliability. This work is based on integrated parallel (multi-core and multi-processor systems) or distributed (grids, sensor networks) computing and attempts to integrate the use of non-volatile emerging technologies such as magnetic memories (MRAM) with new properties.

Significant resources are committed to the definition of the various facets of adaptive systems such as measurement (sensors), data fusion/integration, online decision-making and actuation (task migration, among others). This work is contextualized in various application domains ranging from IoT to intensive computing and digital security.

Energy efficiency has emerged as a prominent concern, driven by a broad range of societal and scientific challenges such as sustainability. The ADAC group focuses on the exploration of hardware, software and high-level resource management solutions for enabling significant advances towards the definition of next-generation compute systems. A specific emphasis on Adaptation is often put on various substrates such as highly constrained devices such as sensor nodes, and heterogeneous or homogeneous multicore / multiprocessor systems across various considerations (monitoring, migration of software objects). Online decision making is often key to achieving significant improvements and is also at the core of the motivations (s.a. modeling, forecasting, decision making). Targeted systems comprise a large set of applications from the Internet of Things to compute clusters, notably with several projects tackling adaptation at a wider than usual scope, encompassing energy transfer and storage across compute nodes, or optimization of resource management in a network of connected devices.

Research works are also carried out in the area of security at various levels, with a notable emphasis on embedded systems (secure on-chip communications), IoT (blockchains for IoT devices) and industrial networks. A strong expertise of side-channel attacks (SCA) is also at the core of an open platform devoted to research and education (SECNUM) within the scope of the CNFM education network.
Research Contracts

The influence of ADAC team members can be characterized with the following outreach activities over the 2013-2016 period:

We are always looking for highly qualified and motivated students and researchers. Feel free to apply.